Meghan Markle hasn’t said much about her experience being a working royal with her sister-in-law, the now-Princess of Wales Kate Middleton, but Prince Harry has no qualms sharing his take on the dynamic. In his forthcoming memoir Spare, he discusses how he perceived Kate’s feelings about Meghan joining the royal family—and recounts one particularly “awkward” incident between Kate and Meghan at their first joint royal event that says a lot about Kate’s headspace during that time.

While Harry writes in Spare that both Kate and Prince William were allegedly “religious” Suits watchers and in disbelief that he was dating her, when Meghan became his fiancée and joined their then-Fab Four, things took a turn.

Before their first event together at the Royal Foundation forum in February 2018, Harry detailed one exchange, via Page Six: Kate didn’t exactly give Meghan the warmest reception during the beginning of their working relationship. Meghan had asked to borrow Kate’s lip gloss because she forgot hers, an “American thing,” as Harry described it.

“Kate, taken aback, went into her handbag and reluctantly pulled out a small tube,” Harry continued. “Meg squeezed some onto her finger and applied it to her lips. Kate grimaced.” He believed Meghan, William, Kate, and him “should’ve been able to laugh about [the moment],” but the press “sensed [it was] something bigger.” Harry speculated that Kate was likely “on edge,” understanding that she was now “going to be compared to, and forced to compete with, Meg.” Kate indeed was by tabloids, although she received far more favorable coverage than Meghan by those publications. 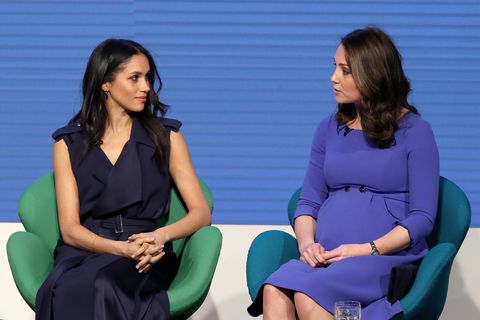 Meghan Markle and Kate Middleton during their first joint event at the Royal Foundation Forum on Feb. 28, 2028.

Meghan talked about comparisons to her and Kate during her March 2021 Oprah interview. “She’s a good person, and I think so much of what I have seen play out [publicly] was this idea of polarity where if you love me you don’t have to hate her, and if you love her, you don’t need to hate me,” Meghan said.

Oprah went on to ask Meghan about the tabloids criticizing Meghan while praising Kate when they did the same things, like cradling their baby bumps while pregnant. Oprah cited several headlines, and Meghan replied, “That’s a really loaded piece of toast.”

The Duchess of Sussex added that she wasn’t sure why the tabloids had, in Oprah’s words, “a standard for Kate” that was different from the standard for her.

“I can see now what layers were at play there, and again, they really seem to want a narrative of a hero and a villain,” Meghan admitted.

Harry would go on to reveal in the couple’s Netflix docuseries that came out in December 2022 that Kate and William’s press office planted negative stories about him and Meghan to tabloids. He also alleged that the royals were threatened by Meghan’s popularity.

Alyssa Bailey is the senior news and strategy editor at ELLE.com, where she oversees coverage of celebrities and royals (particularly Meghan Markle and Kate Middleton). She previously held positions at InStyle and Cosmopolitan. When she’s not working, she loves running around Central Park, making people take #ootd pics of her, and exploring New York City. 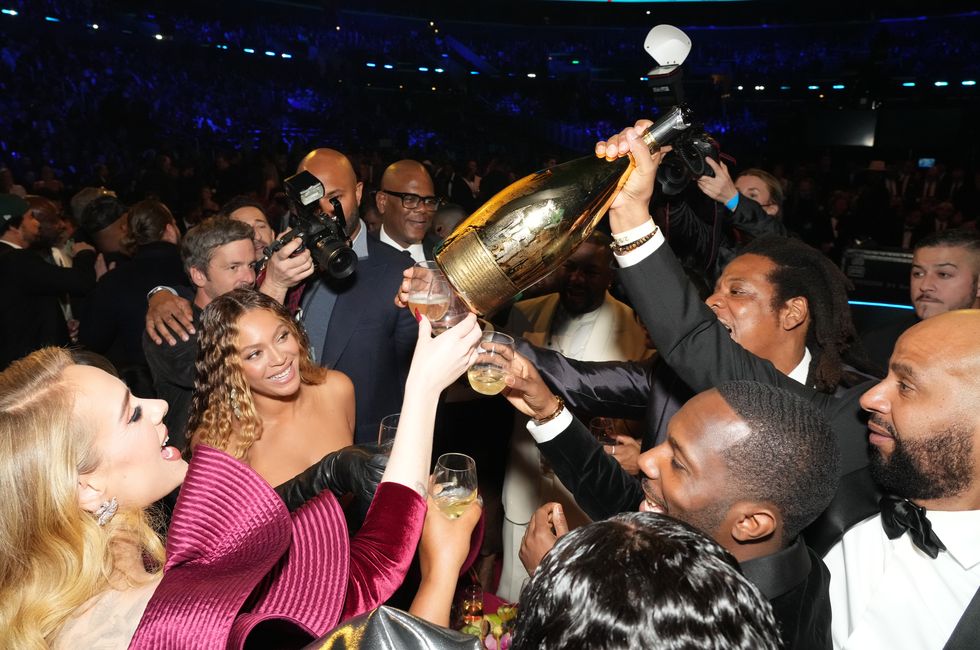